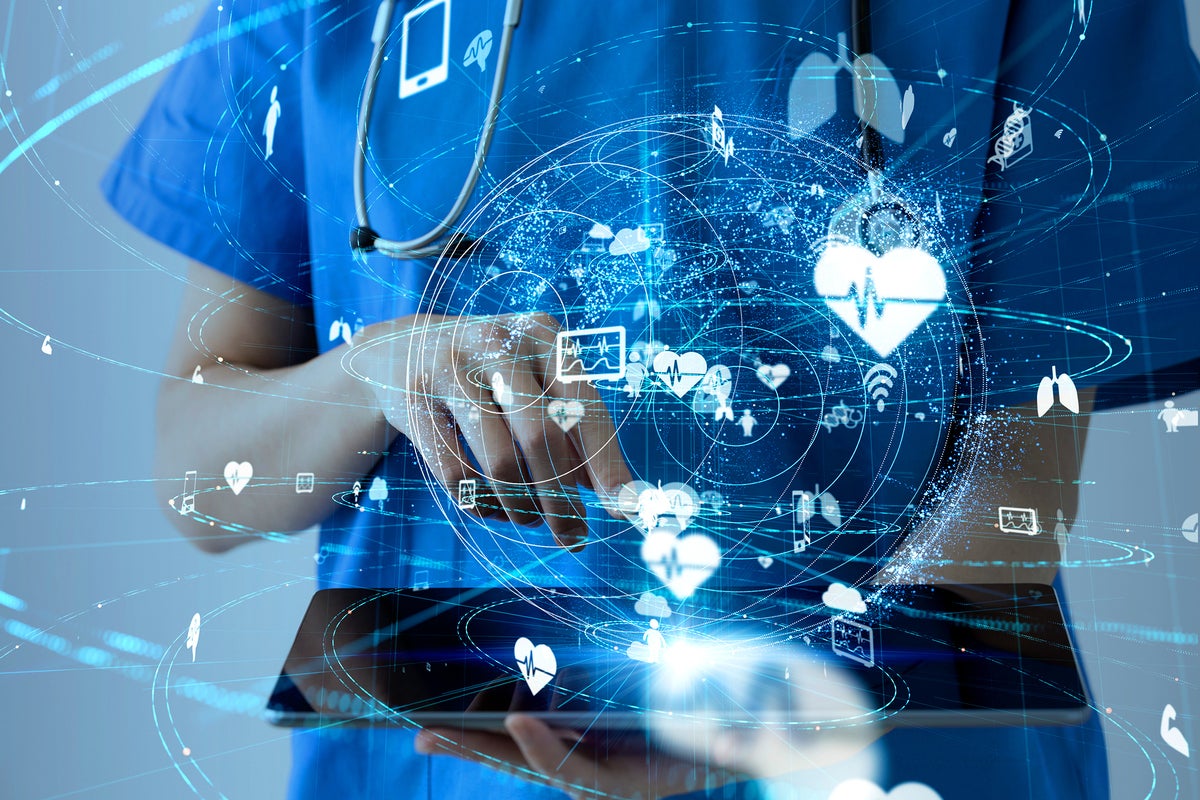 What do you think of when you hear the term “Artificial Intelligence”? Do you think of robots hell-bent on taking over the Earth? Or maybe cyborgs from futuristic worlds? The idea of artificial intelligence and its related technologies is enough to stir anyone’s imagination but the truth of the matter is that artificial intelligence (AI) is not something that exists only in fiction. It’s all around us, and in the last decade or so has become more prevalent in the field of healthcare.

With rapid technological advancements, AI is on track to perform several medical tasks just as well, if not better than humans in the distant future. Before we take a deeper dive into the world of AI in healthcare, let us first define what “AI” actually means.

Artificial Intelligence refers to the series of technologies a computer or machine can utilize to learn and accomplish specific tasks.

Let’s take a closer look at some of these technologies and their relevance to the medical field.

Machine learning is the process of programming a machine to learn information and recognize patterns without the aid of a human. The machines are fed data that then “teaches” the machine by revealing its complicated algorithms and formulas. Over time, as more information is fed, the machine’s output becomes more precise. The ability to recognize patterns can be extremely useful in the medical field.

For example, neural networks are used in medical imaging and radiology. Artificial Neural Networks (or ANN) mimic the way biological neurons signal one another in the human brain. This technology can detect and identify tumors or cancerous regions of an organ much faster and more efficiently than the human eye.

These devices are used to aid radiologists in making intelligent decisions. Machine learning algorithms can also provide clinical decision support (CDS) to doctors and physicians which can be used to streamline health records and improve patient care. CDS tools are able to analyze large amounts of data and recommend doctors with the best course of action.

Natural language processing (NLP) is the branch of AI pertaining to the exchange between machines and natural human languages. This technology includes applications such as speech recognition software, translators, and more. NLP software’s can be seen all around us, most commonly in devices such as Amazon’s “Alexa” and Apple’s “Siri.”

In the field of medicine, NLP systems can be used to accomplish specific tasks such as summarizing large amounts of data and recognizing key ideas in the source material. Using this technology, doctors can enhance the integrity and accuracy of health records and clinical notes.

Huge amounts of information are stored in health records every day, and it can become very difficult for a physician to have to sift through all the data to find relevant information for each of their patients. NLP systems can be used as a solution to this problem by translating all the data into simple, easy to understand documentation that can be useful to doctors. Diagnosing and treating different diseases has been a huge area of focus for AI as far back as the early 1970’s. Much like an NLP, these rule-based systems store data and interpret it in a more comprehensive way. While early diagnosis and treatment applications showed promise, they were not significantly better than human diagnostics and thus were not validated for clinical practice.

An early example of this is the Stanford developed AI, MYCIN, a program designed to diagnose and treat blood infections. The program would receive information about the patient’s symptoms and medical tests and would then make a diagnosis based on the data.

Perhaps a more famous example of a diagnosis application is IBM’s “Watson,” a computer system designed to answer questions. In February of 2013, it was announced that IBM’s Watson technology would be used at the Memorial Sloan Kettering Cancer Center in New York City for utilization review decisions for lung cancer treatment. Watson uses a combination of both machine learning and NLP abilities.

Despite the advancements in the technology, these types of applications are still mainly used in research laboratories rather than clinical practice.

Ethical Challenges of AI in Healthcare

The introduction of AI in healthcare has raised several questions concerning the ethical implications of machinery doing the work that was traditionally done by humans. Many experts fear that perhaps the biggest problem is the issue of transparency. It may prove difficult for an AI software to emphasize with a patient. When a patient is diagnosed with a condition or disease, it is logical to assume they would want an explanation or more information. With AI it is often hard to interpret how they reach their conclusions and the systems will not be able to provide an explanation.

Another issue pertaining to AI is accountability. As with any developing Ai technology, mistakes are bound to happen and it may be more difficult to hold an algorithm or software accountable.

As previously stated, AI programs learn by being fed data. This means the programs can only be as good as the information it learns from. This can lead to algorithmic bias which can affect the reliability of the programs.

Future of AI in Healthcare

The role of artificial intelligence in healthcare has grown exponentially in the last couple of years and isn’t showing signs of stopping any time soon. The potential for this kind of technology is almost unimaginable. That’s not to say this machinery does not come with its own set of problems yet to be overcome. These include concerns with privacy and the integrity of AI programs.

These concerns fall once again under the issue of accountability. Before AI can be widely adopted in the field of medicine, procedures must be put in place that can ensure data privacy and accuracy.

Despite the uncertainties, what is certain is that the future of robotics and the future of medicine are deeply intertwined. And while AI systems may not replace human physicians and workers in the medical field, it may become more common to see the two working alongside each other in the coming years.

Born and raised in Montgomery County, Maryland, Ruth received a Bachelor of Arts degree in Psychology in 2018 from the University of Maryland, Baltimore County. Her current position as a housing case manager involves working with individuals experiencing homelessness. Fluent in English and Spanish, Ruth has years of experience as a freelancer, often ghostwriting and providing virtual assistant services. In her free time, Ruth plays piano and occasionally teaches piano.